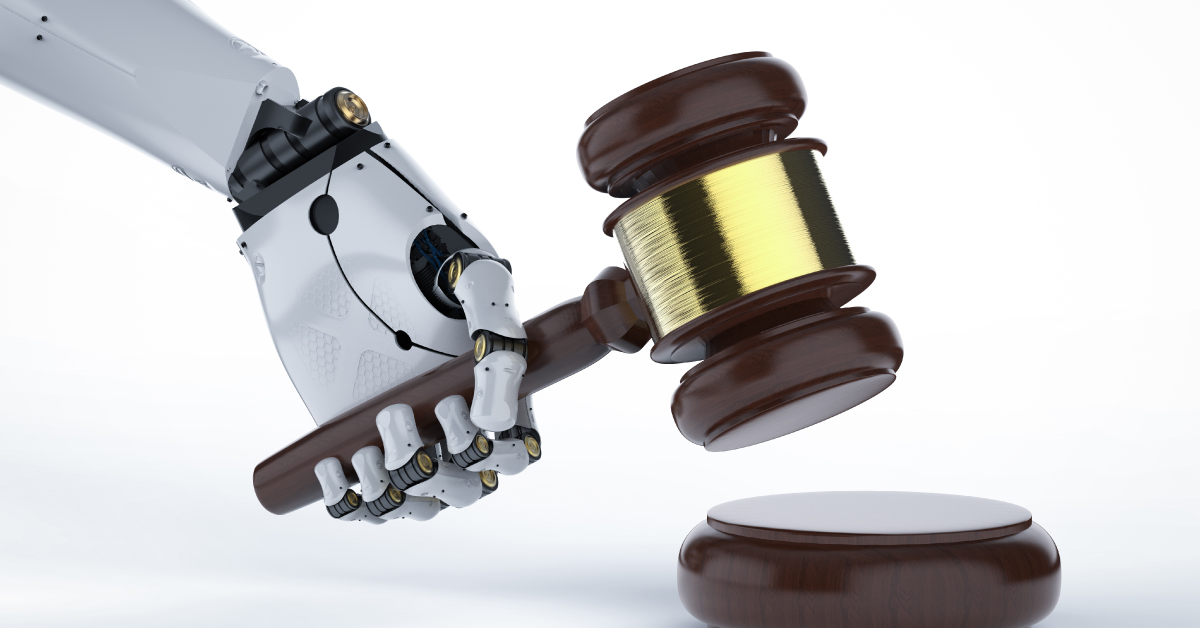 AI in the Courtroom: Busting Myths about Robot Lawyers

Recently, I spoke to Padraig Belton, a reporter for BBC News, about how Luminance’s world-leading AI platform is being used to transform criminal court preparation. Padraig’s subsequent article, ‘Would you let a robot lawyer defend you?’, interrogated the role of AI in courtrooms – an intriguing talking point that I’d like to further share my perspective on.

The legal industry has undergone an unprecedented transformation in recent years. Today, nearly every criminal investigation includes a substantial digital evidence component, whether that be Facebook and WhatsApp communications, data generated by CCTV or even satellite navigation systems and fitness watches. But this growing volume of evidence is presenting a challenge in the criminal justice system.

Indeed, lawyers are now faced with reviewing thousands, if not hundreds of thousands, of documents in preparation for court cases. This is clearly an unfeasible task for any individual performing a review without the assistance of technology. As a result, many lawyers rely on basic technologies that are similar to pressing Control-F on your computer and can easily miss crucial details or the ‘unknown unknowns’ – information that the lawyers did not know was present or think to look for. This inability to process all the information contained within datasets poses a threat to legal practice in two distinct ways.

Firstly, legal teams risk missing vital information, which can lead to the collapse of a court case due to evidentiary thresholds not being met. Secondly, the ability to read and draw conclusions from the entire body of evidence is at the heart of the legal profession. If lawyers are not able to adequately evaluate all the information in their datasets, they simply cannot deliver the best representation to their clients which clearly undermines the very integrity of the legal practice.

This is where Luminance ‘enters the courtroom’. Using a unique combination of supervised and unsupervised machine learning to rapidly form a conceptual understanding of documents, Luminance can surface key information such as threads of communications, parties and dates. Luminance then presents the results of its analysis back to the lawyer across a number of easy-to-navigate, interactive, 3D visualisations with powerful widgets and search tools allowing lawyers to zero-in on key information. Far more than a rudimentary search tool, Luminance helps lawyers to delve deeper into the dataset to identify conceptually similar information across a document set. This is Luminance’s key to unearthing that ‘golden nugget’ that could win your case or allow you to formulate a more successful defence strategy, for example.

The Robots are Not Coming for Lawyers

As AI-powered technology becomes an increasingly integral tool for the legal community, we must dismiss outright any hype surrounding far-fetched ideas such as ‘robo-lawyers’. AI may be able to effectively process incredible amounts of data, but when it comes to critical analysis, strategic thinking, empathy and decision-making abilities, these are uniquely human skills and qualities that simply cannot be automated. So, while robot lawyers may be out of the question entirely, Luminance’s AI platform is a tool making tangible change in courtrooms in other ways.

Luminance has revolutionised the process of legal document review for criminal legal teams such as London-based defence team, The 36 Group, who were able to review 10,000 documents to prepare the defence argument for a high-profile criminal trial. The 36 Group’s deployment of Luminance is the first known use of AI at the Old Bailey, constituting a landmark moment for the integration of technology into the criminal justice system. The defence team estimated they were able to save £50,000 in costs during the disclosure phase alone, whilst also reducing their review time by four weeks.

While Luminance takes on the majority of the monotonous, labour-intensive work of document review, lawyers are free to focus on what matters: providing high level analysis and quality counsel to their client.

Addressing the Case Backlog and Inequality of Arms in Criminal Courts

AI can become an indispensable resource for criminal defence teams overwhelmed by the Covid-related backlog of cases. Indeed, legal newspaper Jurist reported that the backlog of cases in the UK Crown Court stood at 56,000, with parties waiting an average of 32 weeks for jury trials. Luminance’s technology therefore has the potential to create huge efficiencies and accelerate the pipeline of cases overwhelming criminal courts.

AI can also play a key role in levelling the playing field for criminal defence and prosecution teams; it is often the case that the prosecution has unlimited access to technology, but the defence lacks the same tools at their disposal. Indeed, Tom Parker, Barrister for The 36 Group, explained to us that, ‘serious fraud offices will have armies of lawyers and as much tech as they’d like’. With AI establishing itself as an essential part of the modern lawyer’s arsenal, I envision Luminance addressing the so-called ‘inequality of arms’ within the courtroom, ensuring that both sides are receiving insightful, efficient evidence taken from the whole body of evidence.

AI: A Cause for Excitement

Whilst an injection of reality is needed about Terminator-style robot judges, we should be excited about the possibilities brought about by AI’s implementation in the courtroom. Indeed, we are already at the cusp of this transformation following Luminance becoming the first AI technology to be used to prepare for trial at the Old Bailey.