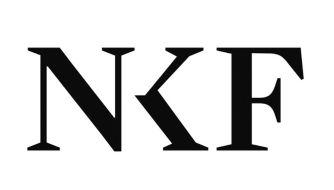 NKF adopted Luminance after completing a live M&A transaction using English, French, Polish, Finnish, Spanish, German, Russian and Arabic documents. On day one of the project, Luminance’s sophisticated machine learning algorithms provided an immediate and global overview of the legal documents across multiple jurisdictions and languages. All documents sharing similar patterns in the language were then clustered together, allowing NFK’s lawyers to easily assign meaning to the clusters and identify any anomalous documents or clauses that strayed from the norm.

“As the only language-agnostic tool available on the market, we were keen to explore how Luminance can enhance our day-to-day work on cross-border, multi-lingual transactions,” said Till Spillmann, the Luminance project leading Partner at NKF. “Luminance supercharges our lawyers through its unprecedented clustering capabilities which can assist in prioritising and reviewing large data sets at a much faster rate, whilst helping to uncover the areas of risk which would likely be missed during a manual review.”

Emily Foges, CEO of Luminance, added: “We are pleased to welcome NKF as one of the first Swiss law firms to adopt Luminance. The platform’s unique ability to read, understand and learn from the interaction between NKF’s lawyers and documents will increase the firm’s insight into transactions, allowing them to deliver a more informed and efficient service to clients.”

Developed by mathematicians from the University of Cambridge, Luminance harnesses proprietary machine learning algorithms to read and understand legal documents in a similar way to humans, coping with volumes and working at speeds that no human can match. Trained by legal experts, Luminance can highlight anomalies within large groups of documents, allowing lawyers to prioritise their work more effectively.

Since launching in 2016, Luminance has 140 customers in over 40 countries across six continents, including 15 of The Global Top 100 law firms and three of the ‘Big Four’ accountancy firms.