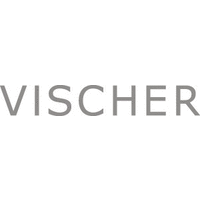 "We were impressed by the platform's ability to provide an immediate overview of the data room structure and content" said Gian-Andrea Caprez, Partner at VISCHER and head of the firm's Luminance project team. “The use of Luminance will continue to help us create added value for our clients in M&A transactions.” VISCHER was also impressed with Luminance's language-agnostic capabilities after uploading more than 950 documents in German, English and a number of other languages during their pilot.

Emily Foges, CEO of Luminance, added: “We are delighted to welcome VISCHER to our growing portfolio of Swiss law firms and organisations who are taking the lead in Europe by deploying technology to streamline the due diligence process. It is fantastic to see our LITE technology transforming the way M&A teams work around the world”.

Luminance was launched in 2016 by a group of mathematicians from the University of Cambridge and learns in a similar way to a human lawyer, building up an understanding of new concepts by being exposed to a wide variety of examples through the lawyer’s interaction with the documents they are reviewing. This has allowed thousands of lawyers around the world to refocus their time on more high value tasks.

Luminance’s market-leading artificial intelligence technology, LITE, has been deployed to over 170 firms and organisations across 43 countries worldwide, including 17 of The Global Top 100 law firms and offices of all the ‘Big Four’ accountancy firms.

Luminance is the leading artificial intelligence platform for the legal profession. Founded by mathematicians from the University of Cambridge, Luminance has developed the Legal Inference Transformation Engine (LITE), the first true application of machine learning to the legal industry, combining pattern-recognition technology with supervised and unsupervised machine learning to read and understand human language. Luminance is used by law firms and in-house teams in over 43 countries around the world to improve processes such as due diligence, contract negotiation, regulatory compliance reviews, property portfolio analysis and eDiscovery. The company has offices in London, Cambridge, New York, Chicago and Singapore.