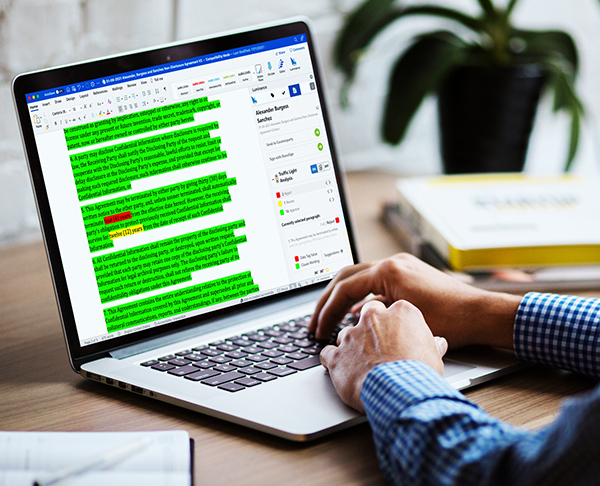 10 March 2022 | Luminance, the world’s most advanced technology for legal process automation, has announced that, after several months in development, its new AI-powered platform, Luminance Corporate, is being adopted by growing numbers of multinational organisations around the world and is now in full release.

Luminance’s technology is the first in the world that can take a first-pass review of incoming contracts, with AI flagging risky areas to legal teams and suggesting how contracts can be brought into line with previous agreements to ensure internal compliance.

Since the start of 2022 alone, Luminance Corporate’s customer base has increased by 75%, with recent signings including multinational pharmaceutical companies such as IDEXX Laboratories, one of the world’s largest European manufacturers and a world-renowned luxury carmaker. Other Luminance Corporate customers include food and beverage producer Ferrero, UK supermarket Tesco and one of the world’s largest insurers, Liberty Mutual. Luminance’s technology is now trusted by over 400 organisations in 60 countries for the entire spectrum of document review.

“Luminance Corporate is a revolution in the legal AI space, and we are delighted to be working with such a diverse and influential range of international organisations,” said Eleanor Weaver, CEO of Luminance. “The explosive growth of our customer base demonstrates the power of Luminance’s AI to transform the work of any legal professional, and indeed the organisations they work for; contracts sit at the heart of every business, informing every deal, decision and risk taken, and so, AI technology like Luminance has never been more important.”

Today’s organisations are increasingly facing the burden of exponential data production, compounded by the growing volume and complexity of regulation and policy shifts; in the last few years alone, organisations have had to contend with the Brexit transition, complying with increased data protection regulation and now a company’s ESG outlook has become a question posed by growing numbers of stakeholders.

As Jon Coy, Head of Commercial Legal at leading cyber AI company, Darktrace, said during a recent Luminance webinar: “The volumes of data we’re seeing now are incredible compared to a few years ago. In the old days, in-house lawyers had a narrower role - today it is all about understanding the strategy of the business and implementing it in our work”.

Meeting these demands is the responsibility of General Counsel and their legal teams. Reflecting the growing scope of a GC’s role, the ACC Chief Legal Officers Survey found that 93% of GCs are now members of their company’s executive management team. With GCs now balancing the jobs of legal advisers, risk managers and business enablers, they are increasingly turning towards advanced technology to assist them. With Luminance’s AI, GCs are provided with a complete overview of their entire contractual landscape, as well as the ability future-proof their businesses by negotiating new contracts in the context of previous decision-making.

Tim Shirley, Senior Legal Counsel at Ferrero, added: “Luminance’s technology provides lawyers with one of the most sophisticated in-house tools on the market... Luminance has the capability to be transformative for in-house lawyers in their everyday work.”

Charlie Yom Boulock, CEO at VAEG JURIDICA, said: “Luminance Corporate is extraordinary: no matter how complex the task, the technology always finds a way to solve it.”