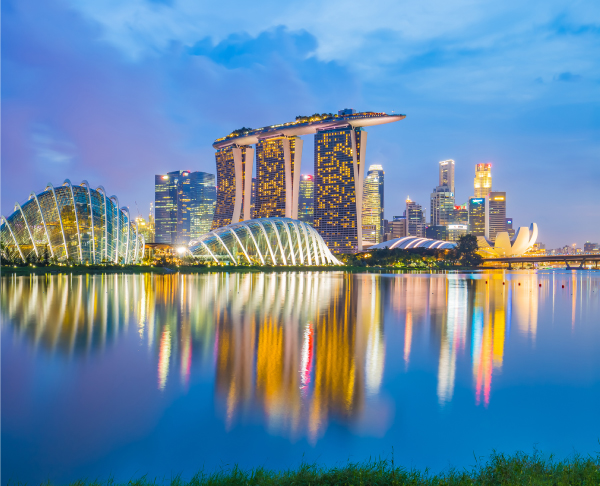 07 June 2022 | Luminance, the world’s most advanced AI for the legal processing of contracts and documents, today announced that its next generation technology is being adopted by growing numbers of law firms and multinational organisations across the Asia-Pacific region.

Over the last decade, the APAC region has been at the forefront of legal innovation and, with the use of AI for M&A due diligence becoming increasingly commonplace, legal departments are now seeking to apply AI to a wider range of use-cases, from contract drafting and negotiation to regulatory compliance reviews and restructuring procedures. Having bucked the trend of declining global IPO activity, the APAC region’s demand for next-generation AI technology that can rapidly deliver insight into even the largest of datasets has only continued to rise.

Luminance’s customers in the region include a major Japanese multinational conglomerate, regional firms such as Rajah & Tann, PSL and the Wong Partnership, as well as the local offices of international firms Dentons, Allens Linklaters and McDermott Will & Emery. Much of this growth is due to Luminance’s language agnosticism, which makes the AI capable of reading and understanding documents in any language, including Japanese and Korean. Luminance’s AI has now been exposed to more than 100 million documents in over 80 different languages, making it the most advanced language model accessible to lawyers today.

“As the only completely language- and jurisdiction-agnostic technology available to lawyers today, Luminance is uniquely positioned to enhance and expedite legal processes for law firms and organisations across the Asia-Pacific region, many of which work across borders and deal in multiple languages,” said Kenneth Lie, Luminance’s Regional Director for APAC. “As the world recovers from the global pandemic, legal content continues to explode and legal teams grapple with enhanced regulatory thresholds to ensure compliance with, AI has become a must-have for any forward-thinking business.”

Luminance is trusted by over 400 customers in 60 countries, including all of the Big Four consultancy firms, a quarter of the world’s largest law firms and multinational organisations including Ferrero, Avianca Airlines and Tesco.

This month, Luminance will be hosting a webinar to explore how AI is enhancing and expediting legal processes for organisations across the APAC region. Register your interest here.

Luminance is the world’s most advanced AI technology for the legal processing of contracts and documents. Founded by mathematicians from the University of Cambridge, Luminance’s AI reads and forms a conceptual understanding of documents in any language. Luminance uses this understanding to augment the spectrum of legal matters, from AI-powered contract drafting, negotiation and review to investigations and eDiscovery. Luminance is trusted by over 400 customers in 60 countries, including all of the Big Four consultancy firms, a quarter of the world’s largest law firms and multinational organisations.