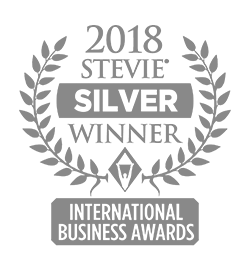 Luminance, the leading artificial intelligence (AI) platform for the legal profession, has been awarded ‘Startup of the Year’ and ‘Tech Startup of the Year’ at The American Business Awards (‘The Stevies®’) 2018, recognising the fast-growing company’s achievements over the past 18 months.

The Stevie® Awards are widely known as the most coveted business awards in the US, with a judging panel including 200 of the world’s most respected executives, entrepreneurs, innovators and business educators. More than 3,700 nominations from organisations of all sizes and in virtually every industry were submitted this year for consideration in a wide range of categories. Luminance was selected due to its pioneering approach to legal contract review, advanced AI technology and outstanding commercial success. The company will be recognised for its achievements at an award ceremony in June.

Luminance, which has been adopted by over 75 leading organisations worldwide in its first 18 months, harnesses proprietary machine learning algorithms, developed by mathematicians from Cambridge University, to read and understand legal documents in a similar way to humans, coping with volumes and working at speeds that no human can match. Trained by legal experts, Luminance can highlight anomalies among large groups of documents so that lawyers can prioritise their work.

“Luminance is a ground-breaking product for the legal industry,” said a judge of this year’s Stevie® Awards. “Overworked employees tend to make mistakes, so it’s definitely time for applying machine learning algorithms to reviewing legal contracts. Furthermore, Luminance’s client list is hugely impressive, which is a testimony to the company’s success.”

“We are delighted to have received two prestigious Stevie® Awards for ‘Tech Startup of the Year’ and ‘Startup of the Year’ less than two years since launching Luminance,” said George Tziahanas, US Managing Director of Luminance. “This recognition is further testament to the power of our machine learning technology and the impact it is having on the legal industry in the US. With the platform now in use by ten of The Global 100 law firms, Luminance has consistently demonstrated its ability to streamline the due diligence process and augment the work of lawyers across the globe.”

“The nominations submitted for The 2018 American Business Awards were outstanding. The competition was intense, and those recognized as Stevie Award winners should be immensely proud of this accomplishment,” said Michael Gallagher, president and founder of the Stevie Awards.

Luminance, which recently announced the expansion of its platform to assist lawyers with regulatory compliance, has customers in 23 countries since launching in 2016, including major US law firms Holland & Knight and Ice Miller. Last year, the company opened an office in Chicago to meeting growing demand from AmLaw 100 firms.